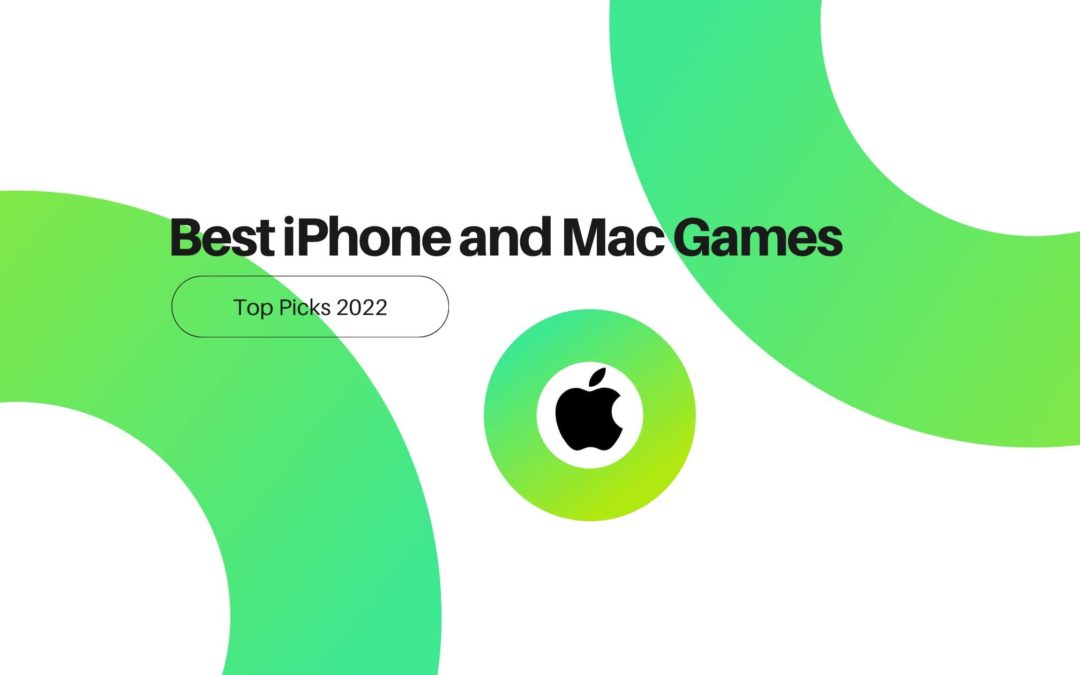 Playing video games is one of the most popular leisure activities in the world. People of all ages and backgrounds enjoy playing video games for a variety of reasons. Some people play to relieve boredom or stress, while others play for social interaction or competition. No matter why you play, there’s no doubt that some video games are more enjoyable than others. In this article, we’ll take a look at the best iPhone and Mac games that you can play right now.

If you’re looking for the best iPhone and iPad games to play, look no further. Here are our top picks:

Call of Duty: Mobile is a dream come true for fans of the popular shooter series. With all of your favorite characters, weapons, maps, and modes from the Black Ops and Modern Warfare games, you can now play Call of Duty wherever you are. The controls have been adapted perfectly for mobile devices, and the graphics are as impressive as ever. Whether you’re taking on another player in a head-to-head battle or working together in a team mode, Call of Duty: Mobile is sure to keep you entertained for hours on end. So what are you waiting for? Download it today and join the fun!

Among Us is the perfect game for anyone who’s feeling a little paranoid. Paranoid players will love Among Us. In this cooperative, multiplayer game, you and your friends find the liar. You’ll need social skills to determine who’s telling the truth and who’s lying. One mistake could end your game. Among Us is a great way to sharpen your social skills (and paranoia).

Clash Royale combines RTS and collectible card game elements. In Clash Royale, you build a deck and play it on the battlefield. The cards fight to destroy the opponent’s king. It’s highly addictive and challenging. Amazing graphics and fast-paced gameplay. Clash Royale is a great game.

The Battle of Polytopia

Beyond a Steel Sky

The game features stunning visuals, an engaging storyline, and puzzles that are challenging yet rewarding. iPhone gamers will no doubt be thrilled with this long-awaited sequel, and newcomers to the point-and-click genre will be blown away by what iPhone Games have to offer.

If you’re searching for the greatest MAC games to play, look no further. Here are a handful of our favorites:

The Sims 4 didn’t excite longtime fans when it launched in 2014. Many felt the game was a step back from previous entries in the series. EA and Maxis have spent eight years improving the game. They’ve added a hot tub and the toddler life cycle, which were missing from previous games. The Sims 4 is finally a worthy successor to the series. Fans who gave up on the game in 2014 may be surprised by how much it’s changed.

Shadow of the Tomb Raider

Shadow of the Tomb Raider is the latest in a trilogy that revitalized the action/adventure franchise. The game casts players as Lara Croft, who must save the world from an apocalypse and confront her role in preserving and destroying hidden societies. The game features beautiful landscapes and challenging gameplay in Mexico and Central America. Shadow of the Tomb Raider is a satisfying conclusion to the trilogy.

Taking Instagram to the next level of fun with games!

If you’re looking for a fun way to spend your time on Instagram, then you should definitely check out the various games that are available on Instagram Stories. These games range from simple quizzes to more complex challenges, and they’re all free to play.

So, whether you’re looking for a new way to pass the time or want to challenge your friends to a game, be sure to check out the following Instagram Stories for some fun and engaging games, a great way to gain and engage your followers in Instagram.

This is a simple game that you can play with your followers. All you need to do is ask them questions in your story (Ex. Would you rather/ This or that challenge) and then invite them to answer in the comments.

If you’re looking for some new and exciting games to keep you company, we’ve got you covered. From strategy games to puzzles, these iPhone and MAC games are sure to add a fun element to your account. So what are you waiting for? Start playing!

Enjoy gaming on your iPhone, Mac and now Instagram with our useful tips in this post! If you’d like to learn more about Instagram engagement specifically, we have some really detailed guides on how to skyrocket your Insta popularity (we actually think it’s giving away too many valuable tips for free, but we love to share!)